Glazer award committee 2019 awarded one of three Glazer Credentials for distinctive production in the sphere of culture to Manica Klenovšek Musil.

Congratulations to painter Bogdan Čobal for Glazer Award for his life’s work and poet Petra Kolmančič with conductor Simon Krečič for Glazer Credential.

*The Glazer Award is named after Janko Glazer, a Slovene poet of the 20th century who lived in Maribor. In the spring of each year the Municipality of Maribor grants one Glazer Award for the life’s work of a chosen cultural worker or artist working in the eastern Slovene region, and three Glazer Credentials for distinctive production in the sphere of culture to artists or cultural institutions working in the eastern Slovene region. 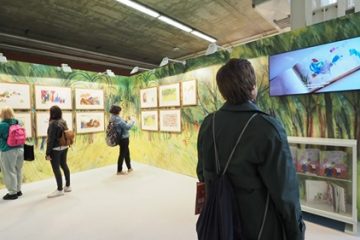